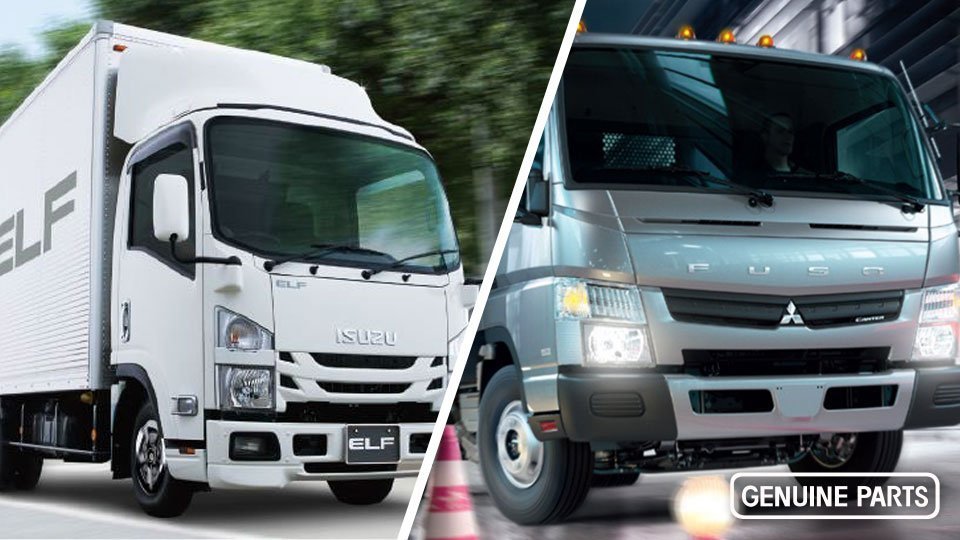 Mobileye technology: a Genuine Part for Mitsubishi Fuso and Isuzu Elf in Japan

Mobileye is a world leader in Real-time Collision Avoidance System (CAS). So it comes as no surprise that two giants of the trucking world, Mitsubishi FUSO (MFTBC) and Isuzu, recently made the Mobileye's CAS a ‘genuine accessory’ which any customer can have installed in a new or used truck.

This is the first time since Mobileye entered the Japanese market that our Collision Avoidance System is being offered as a genuine accessory by two major players. These important partnerships were forged in cooperation with our distributors in Japan.

The announcement comes against the backdrop of Japan's nationwide Advanced Safety Vehicle (ASV) project, by the Ministry of Land, Infrastructure, Transport and Tourism in order to minimize the number of road accidents and fatalities.

Mobileye's 6 life-saving features battle driver inattention and fatigue, and hazards that appear on the road, alerting the driver of an imminent collision and allowing the driver to react in time to avoid an impending accident. With over 20 million cars already equipped with the technology worldwide, its reliability has been road-tested both on the open road and in densely-populated areas like Japan's major cities.

David Oberman, Mobileye’s Director of Sales to the Asian market said: "Mobileye is honored by Mitsubishi’s and Isuzu’s endorsement of our life-saving technology as genuine accessories, as both manufacturers are known for having only top quality and highly accurate parts. They will gain from being able to provide safer vehicles to their customers, and, based on Mobileye’s other deployments, the customers driving these vehicles will enjoy much safer trucks, with significantly lower numbers of crashes and crash costs. We see this as a huge benefit to all concerned."

With Mitsubishi offering installation to new and existing Fuso trucks, over 1 million of their vehicles throughout Japan will benefit from the Mobileye's collision avoidance technology.

In its official press release, MFTBC stated: "Mitsubishi Fuso adopted Mobileye's CAS as a genuine accessory of Mitsubishi Fuso, because safety is of top priority to us. We encourage and support safe driving habits and continue to work towards raising road safety awareness for our customers and the general population. The system can be included in new and used and even non-MFTBC vehicles; with Mitsubishi Fuso's wide network throughout Japan a wide support structure has been established for those who choose to utilize the technology".

Yas Tanaka, senior manager at MFTBC added: “Mobileye CAS is a highly complementary product for MitsubishiFuso. It will provide an enhanced safety option for some of our current models as well as allowing us to increase support to our customers who own previous generation Fuso vehicles. It will decrease collisions and reduce vehicle ownership cost."

Following a trial of other similar technologies, Isuzu Elf confirmed that "Mobileye's technical performance and accuracy surpass those of similar products". Isuzu also mentioned that customers, who have knowledge of CAS technology, have begun requesting increased safety for their vehicles. They continue by stating that "the rate of traffic accidents has become an issue for all of society… with government and auto manufacturers working together to reduce or even prevent road accidents"

Mobileye is pleased to be taking this important step forward with two of Japan's most prominent vehicle-manufacturers, in ensuring safer roads both for direct customers and also for Japan's road users as a whole.