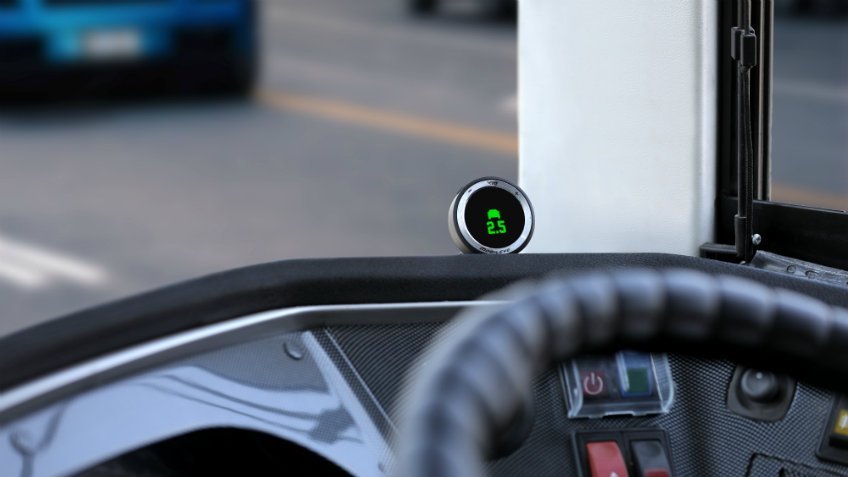 Effective fleet management means dealing with a wide variety of challenges. Among the most important of these are driver safety and keeping your fleet up and running -running goals that both require lowering collision rates in your fleet.

These collision rates are mostly dependent on your drivers’ performance. After all, according to figures released by the UK Department for Transport, the most common cause of accidents is driver error. In 2017, driver error was cited as a direct contributor to 69% of accidents. Driver training, whether in classrooms, simulators or both, may therefore be part of the answer to reducing accidents, but training is often not enough.

In addition, as these systems have become more widespread, additional benefits have come to light—most prominently, a sharp improvement in driver behaviour. It seems that these systems are essentially training drivers on the go, turning vehicles into mobile classrooms. Drivers anticipate possible alerts and avoid even approaching a hazardous situation.

This phenomenon of driver training stands out in a study conducted by the University of Missouri, testing the effectiveness of collision warning systems. As part of the study, the number of warnings issued to drivers during the first three weeks was compared to the number of warnings issued during its final week. The numbers showed a 43% drop in lane departure warnings, a 57% drop in forward collision warnings and an impressive 71% drop in headway (following a vehicle too close) monitor warnings, and there is no reasonable explanation for this other than that drivers were (perhaps even subconsciously) learning to anticipate and pre-empt warnings. And this brings real-world results: in the UK, improvements in driver behaviours will not just lower collision rates, but might also save lives, with 19 fatal accidents occurring in 2017 because a driver was following too close to the vehicle in front.

Another study, conducted by the IIHS in 2017, involved installing Mobileye collision avoidance systems in 21 employee vehicles. Warnings were generated during 4-week baseline (warnings were tallied without alerting the drivers) and 8-week treatment (drivers were issues alerts) periods and showed that vehicles in urban areas (as compared to rural areas) equipped with collision safety systems experienced drops of 63% in headway warnings, 45% in forward collision warnings and 70% in lane departure warnings.

According to the IIHS’s final report, “The significant decreases in warning rates observed from baseline to treatment among drivers at both locations [i.e. both urban and rural] indicate that combining an aftermarket collision warning system with telematics is a robust option for changing driver behavior in ways that should improve traffic safety.”

Even bigger benefits can be seen when fleet management systems integrate collision avoidance systems with telematics. The data from these combined systems give fleet managers the ability to keep track of which drivers are setting off alerts and where and when these alerts are going off. This means that fleet managers can reward good driver behaviour, support drivers who need more assistance, and avoid dangerous locations or times of days.

Learn more about improving your fleet management with Mobileye collision avoidance systems at our website.